One killed, others injured as bandits attack AIG Zone 12 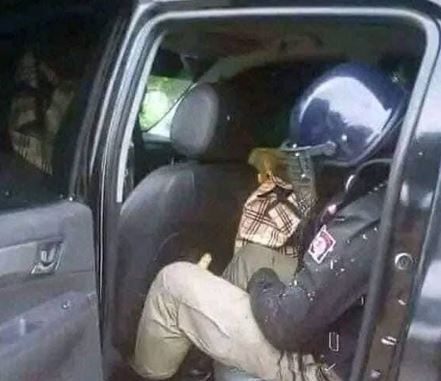 The bandits also killed the orderly of the AIG during the attack while several of the AIG’s convoy reportedly sustained gunshot wounds.

Nigeriacrime.com learned that AIG Madaki was on his way to Abuja to attend the security meeting of Zonal AIGs and Command Commissioners of Police summoned by IGP Usman Alkali to deliberate on the current security challenges plaguing the nation.

The ambush attack was said to have taken place at about 2.30 pm in Barde Zangidi area which is a forest stretch linking Bauchi and Plateau States.

Meanwhile, the IGP Alkali Baba has directed the immediate commencement of special visibility policing operation across all Commands in the country as part of a major operational initiative to stabilise internal security.

Addressing Strategic Police Commanders at Force headquarters on Wednesday, he said, “This initiative will encompass the crime mapping of your Areas of Jurisdiction, identification of vulnerable points, and massive deployment of personnel on motorized and foot patrols of the cities”.

“The initiative also involves the utilization of intelligence to undertake targeted raids on criminal cells.

The IGP said, “I welcome you all to this Conference which was convened to brainstorm on the state of security in the country. This is to re-evaluate our strategies toward enhancing our operational response and stabilizing the security order.

“An evaluation of the security situation in the country in recent times shows a concerning trend of an increase in the threat posed to the nation by terror elements, bandits, kidnappers, and other highly organized, and violent criminal syndicates.

“The trend is being compounded by the increasing rate of arms trafficking and proliferation. This has of late occasioned an attack on the Correctional Facility in Kuje during which some high-profile criminals escaped.

“While the Police in conjunction with the other security agencies have succeeded in re-arresting some of the fleeing felons and have enhanced the security of the facility, this incident, and the increasing violent campaigns by armed groups in the country have led to general apprehension among the citizens and continue to present a major threat to our national security.

“Despite this reality within the internal security space, I wish to acknowledge your resilience, sacrifice, courage, initiative, sound operational capacity, and loyalty not only to the Force leadership but to our dear country in the discharge of your duties.

“This is the spirit that we set out to advance in the policing agenda which I laid out following my assumption of duty as Inspector General of Police and I am delighted that you have keyed into this our new policing Mission.

“However, I must note that in the face of the current security situation, the citizens of this country and Mr. President demand of us a higher level of commitment to duty towards addressing the prevailing fear of crime among the populace and mitigating the current security threats.

“This is our mandate, and we must commit to achieving it. The pathways for this will form the key object of our deliberation today.