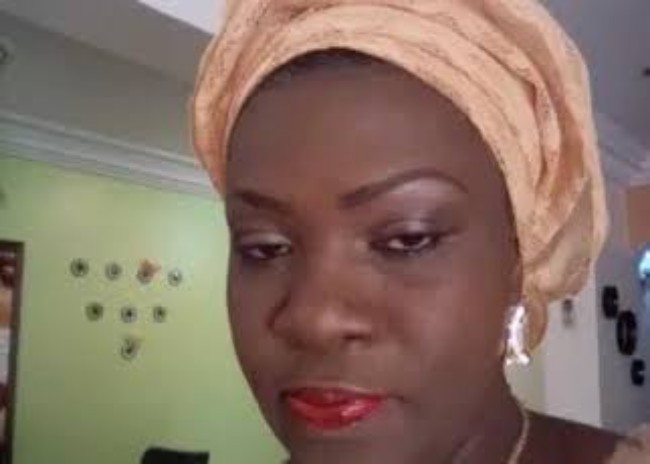 The Principal Medical Officer of Misau General Hospital in Bauchi state, Dr Mohammed Sani recently escaped death when he was attacked by a relation of a patient brought to the hospital for medical attention.

The Medical Officer was said to have been attacked with a sharp axe by the relative of the patient on Friday, a day to the Eid-El Adha celebrations with the intention of hacking him to death.

Narrating the incidence to Journalists on Wednesday, Dr. Adamu Sambo, Chairman of the Nigeria Medical Association (NMA) Bauchi State chapter said that, “I am addressing you this morning on a very sad note on the fact that our member, on the 8th of July, 2022, who is the Principal Medical Officer in charge of General Hospital, Misau, was attacked by a patient’s relative with an axe with an intent to kill him. We condemn this act. This act is barbaric and unacceptable in the medical profession”.

The NMA Chairman added that, “Whatever the grievances, these grievances should have been addressed in a lawful way rather than taking laws into the hands of that very individual” .

According to him, “This individual came, he took a member who did not even participate fully in the management of the relation of this person in question and came with a very sharp object, an axe and stabbed the person about four times” .

“Unfortunately, following this, we have had some information that some overzealous media who are not guided properly are now publishing some rubbish as information emanating from the incident that happened and that is the reason I called this press conference to put the details and records straight, so that you’ll get the exact details of what happened”, he added.

He stressed that, “This our assaulted member is presently undergoing treatment, he’s on sick leave, while we await his recovery” .

Adamu Sambo added that, “This patient in question is already at the Federal Medical Center, Azare, being attended to by the members of this very noble association. And from the information I am getting from the patient, this patient is becoming more stable and stable.

“I condemn this act in totality and I want to say that a doctor who is heading a General Hospital has no requisite qualification to manage that case is just a lie, an abuse on the government that has shown enthusiasm to reform the health sector and has declared a state of emergency on health. The government has taken all the reforms to improve health care by improving the condition of living of our doctors”, the NMA Chairman further said.

Speaking further, he said that, “Currently, we have seen how the Governor is renovating General Hospitals including that General Hospital, Misau. And these Doctors that came from the Teaching hospital who are not even employees of the state government are there on an MoU that this government has out in place, where doctors from tertiary institutions can go to the state owned institutions for their rural postings and complement health care delivery services”.

He narrated that, “What happened was that a patient came to the facility, I think either refered from a private facility or they came on their own, on an account of prolonged labour. This woman is having her labour for the first time, but they concealed the information that she had convulsed that is, she has fitted in a facility she was referred from”.

He narrated further that, “When she was examined, they realized that her baby’s head is already in the perenium and that she lacked the maternal efforts to push the baby out for delivery. So, they decided to shorten the second stage of labour through the use of assisted vaginal delivery”.

“After the delivery of the baby using forced delivery, the woman had a small tear which was to enable her deliver the baby. The woman was bleeding from the tear, they took her to the theater and repaired the tear but the bleeding persisted, so they took a decision to explore more to see whether the tear extended upwards into the uterus”, he added.

Sambo further narrated that, “They did that and realized that the tear did not even extend up to the uterus, they closed the woman and started managing her. But her condition was not good enough, she was bleeding after she has fitted and they realized that she had a condition which is called eclampsia and one of the complications of that is that the Woman will start bleeding from other places.

“And as a result, they transfused her blood and stabilized her and put her on oxygen and then later on, referred her to the Federal Medical Center, Azare, where she is currently receiving treatment and recuperating”, he also said.

The suspect has been apprehended and is already in Police custody as the case was referred from Misau to the State CID, at the Police Command headquarters in Bauchi.

He expressed joy that the baby was alive, but minor bruises on the head during the process of delivery.

“We expect people to be patient with health care. They should also explore the reality of what is actually happening to them. General hospitals have done their own, if they didn’t understand something, they should have gone for more information”, he said.