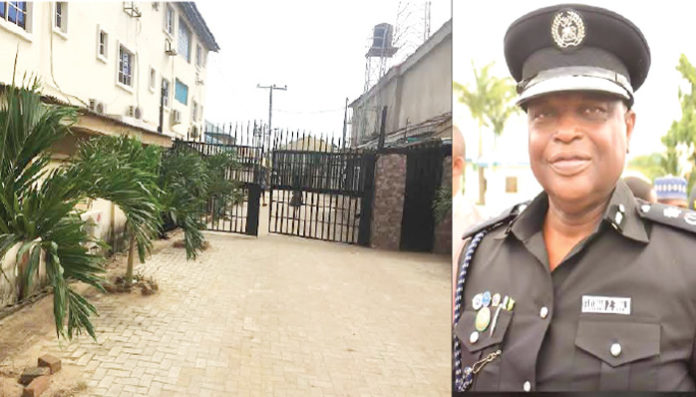 Confirming Omotayo’s arrest, the state Police Public Relations Officer, SP Abimbola Oyeyemi, said the suspect had been arrested, adding that investigation into the case was ongoing.

“Yes, the woman has been transferred to the State Criminal Investigation Department and investigation is ongoing. She was alleged to have poured chemicals on her neighbour and he died. At the conclusion of the investigation, the woman will be charged to court,” Oyeyemi responded.

Reports available to NIGERIACRIME confirmed that the suspect and the the late victim resided in Arepo, in the Obafemi Owode Local Government Area of Ogun State.

Omotayo was said to have barged into the victim’s apartment on Havana Estate, Arepo while he was praying and splashed the chemicals on him.

The septuagenarian was said to have immediately reported Omotayo to a neighbour, one mama Hausa, and a security guard, Fashola, after he started feeling strange reactions due to the effect of the chemicals.

A source said the Togolese slumped and died on Tuesday, November 22, 2022, while returning to his apartment after reporting Omotayo’s deed.

The source said, “As Agbeli was walking towards his house after narrating the incident to mama Hausa, he collapsed and died. He died on the road on Dare Ojo Close. I was about to drive out of my gate when my attention was drawn to Agbeli’s body.

“He wore only boxers and lay on the road; we first took him to the ROA Hospital and then to the Beachland Hospital where he was certified dead on arrival. We later took his corpse to the Sagamu General Hospital. I remembered that at each of the hospitals we visited, the doctors were asking why Agbeli’s body was hot.”

Agbeli’s wife, Abigail, said before her husband’s death, Omotayo had been frustrating her family, adding that she alongside her daughters left her husband in their apartment when Omotayo’s attitude became unbearable.

“We had an argument about it and I just left them because they are troublesome people. On Tuesday, we met my husband in the middle of the road lying dead.

“The house was flooded with water and I don’t know how the water got there. It was later that one of our neighbours told me that my husband reported that the woman should be held responsible for his death.”

Residents who witnessed Agbeli’s last moments declined to speak on the matter.

The chairman of the estate, who declined to metinon his name, when asked to give a comment on the events that led to Agbeli’s death, redirected our correspondent to the Warewa Police Station.

He said, “If you want to do your investigative journalism, go to the Warewa Police Station to get the whole story to you. The investigation is still ongoing; the autopsy, and everything on it. After they have concluded the investigation, whatever the story is, we will make it public; nobody is trying to hide anything.”