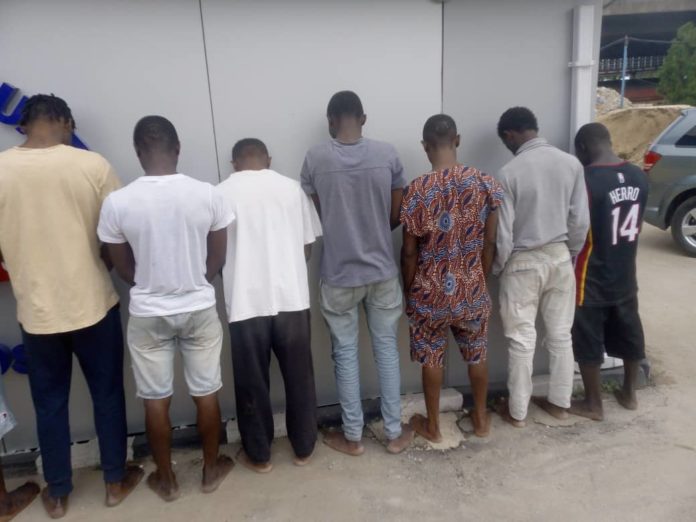 The Zone 2 Police Command, Onikan, Lagos, have arrested eight persons in connection with the attack on the convoy of the Presidential candidate of the All Progressives Congress, APC, Asiwaju Bola Tinubu, last month in Lagos.

Tinubu, who returned to Lagos on Sunday, June 19, 2022, after emerging as his party’s flag bearer in the presidential primaries that took place at the Eagles Square, Abuja, had visited the palace of the Oba of Lagos, Rilwan Akiolu same day.

However, on his way out, some armed hoodlums attacked his convoy, shattering the windows of the press corps bus with stones and machetes and injured some journalists in the process.

Parading the suspects before journalists, the Zonal Public Relations Officer, SP Hauwa Idris-Adamu, disclosed that the suspects confessed to being members of different confraternities.

She said that the zone had launched a manhunt for the sponsor of the attack.

According to her, ”The suspects are cultists. They belong to Aiye, Eiye, Oju Akpaco and Esuru boys confraternities. They have mentioned the name of the sponsor of the attack, who is at large.

Investigations are still ongoing and we will get back to the press as soon as we have the principal suspect in our net.