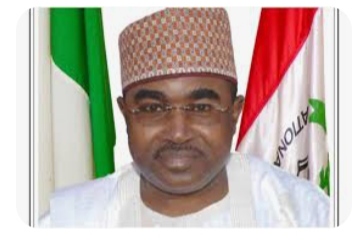 Marwa made the call in Lagos, during a one-day conference organised by NDLEA Celebrity Drug-Free Club tagged: Best Approach to Drug Control: The Role of Entertainment Industry Practitioners to mark the 2022 International Day Against Illicit drug Abuse and trafficking.

Speaking at the event, NDLEA boss represented by Mr. Segun Okeh, Zone H Commander, noted that there were many approaches to checkmating drug abuse, stressing that the entertainment industry was one important channel to reach a large number of persons, particularly, the youths on dangers of drug abuse.

“He appealed to practitioners in the entertainment industry not to send the wrong message that has drug abuse contents in your cast, script, presentation.

“You must vet properly the contents while producing entertainment to the public. There is a tendency for the young mind to believe that what they see in entertainment is real.

“It is our wish that the entertainment industry practitioners will join NDLEA for enlightenment and fight against drug abuse,” he added.

The Commissioner of Police in Lagos State Command CP Abiodun Alabi commended the club for the event, stressing that the entertainment industry practitioners have a lot to do to check drug abuse in society due to their large followership.

Alabi, who was represented by CSP Gbenga Stephen, noted that there was an increase in drug abuse, which had led to many crimes.

Mr. Wilson Ighodalo, leader of the club, said that the conference was designed to harness the enormous potential in the creative industry in promoting an evidence-based approach to drug abuse in Nigeria.

Ighodalo commended NDLEA under Buba Marwa for the feats recorded against illicit drug and substance abuse. He emphasised that the main aim of the conference was to create a community intervention program against drug abuse.

He lament the high level of drug abuse by females, saying that out of four drug users, one was a female.

He added that one of the major community intervention programs was the need for massive investment in health to take care of drug users and youths’ participation in advocacy against drug abuse at the community level.

Gbenga Adeyinka, a Comedian said that some celebrities were promoting drug abuse through their content in songs, videos, and shows.

According to him, I will also blame security agencies that had refused to bring such entertainers to book, to show as a deterrent to others.

Another comedian, Koffi De Guru, said the government was not involved in the development of the entertainment industry.

He stated that the NDLEA and National Broadcasting Commission should be blamed for allowing some content on the radio and television stations.