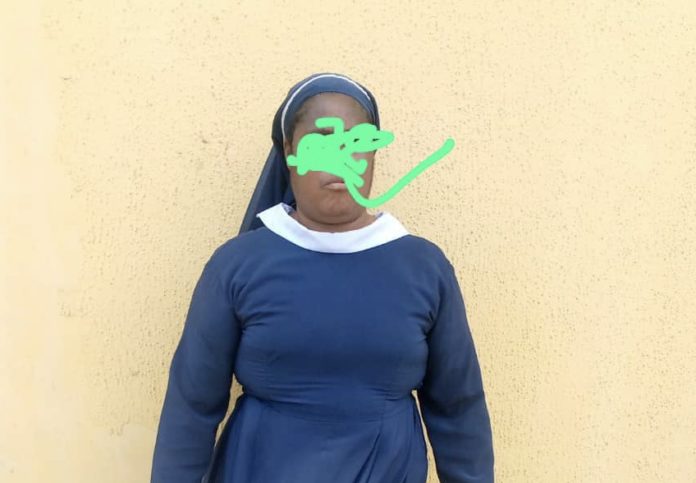 The Rivers police command says its operatives rescued 15 children who were kept in the house of an alleged child trafficker identified as Maureen Wechinwu, who claimed to be a reverend sister.

Friday Eboka, Rivers commissioner of police, disclosed this on Tuesday during the parade of crime suspects in Port Harcourt, state capital.

The commissioner said the rescued children were abducted within and outside the state.

Eboka said the command has contacted parents of some of the children to identify them while efforts are being made to locate the parents of others.

“One of the rescued children — Prosper Godwin (m) — was abducted at Ikpazasia market in Bayelsa State on 31/10/2021 and was taken to the suspects.

Later, he was sold to a woman at Lagos and subsequently returned back to the suspect. The parents — Mr. and Mrs. Godwin Ododor — have been contacted and they corroborated the statement of the child.

“Queen Harry was abducted at Ojukwu filed Mile 1, Diobu, Port Harcourt at about 1900hrs, while on an errand for the elder sister. The mother — Mrs. Florence — has been contacted and she corroborated the facts.

“We are yet to locate the parents of the remaining 10 children for identification. Investigation is ongoing with the view of arresting other suspects linked in the case.”

The commissioner also said the command arrested one Obinna Dike, a driver of an e-hailing vehicle, who allegedly specialised in robbing his passengers at gunpoint.