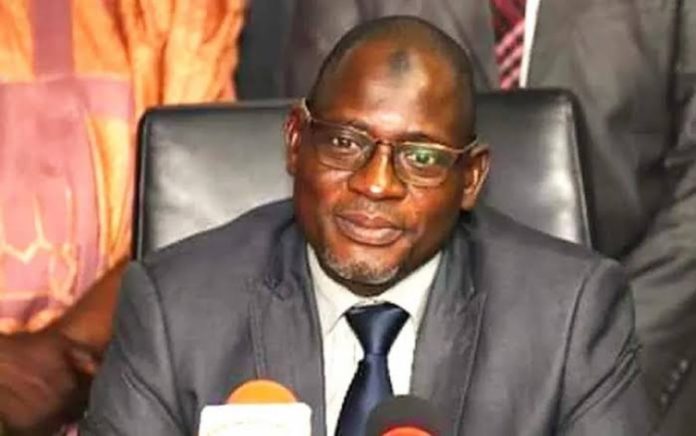 The Chairman of the House of Representatives Ad-hoc Committee Investigating the Structure and Accountability of the Joint Venture (JV) Businesses and Production Sharing Contracts (PSCs) of the National Petroleum Company Limited (NNPCL), Hon. Abubakar Hassan Fulata, has accused the Chairman of the Federal Inland Revenue Service (FIRS), Mr Muhammad Mamman Nami of conniving with oil companies operating in Nigeria to evade tax remittances running into trillions of naira.

Fulata made this known at the Committee’s sitting on Monday even as he and other panellists fumed at Nami’s absence despite his invitation to appear before the Committee.

The Committee warned the FIRS boss to appear for questioning or he would be forced by Security agents.

They also added that the probe exercise was in line with the Constitution of the Federal Republic of Nigeria, 1999, as amended.

Fulata said, “This Committee is relying on Section 88 and 89 of the 1999 Constitution of the Federal Republic of Nigeria as amended and we are asking heads of agencies who failed to forward their submissions to do so.

“This Committee cannot fail in its mandate and we might resort to the use of Police and other security agencies to compel heads of agencies to do so.”

Answering questions thrown at him, the representatives of Chevron Nigeria Ltd, who is a Director in the Company, Monday Ovuede confirmed that they have no Certificate of Acceptance of Fixed Assets (CAFA) despite enjoying capital allowances over the years.

Meanwhile, the Committee believed that Nigeria was being short-changed in tax payment into the coffers of the Federal Government, hence, it’s been mandated to probe activities of several oil companies from 1990 till date.

The Chairman explained that having no Certificate of Acceptance of Fixed Assets constitute gross violation of law in Nigeria, adding that ignorance wasn’t an excuse.

The Committee further disclosed that Chevron Nigeria Ltd charged Qatar the sum of $1.8 billion, the same project it charged Nigeria the sum of $10.5 billion, insisting that the company shortchanged Nigeria.

The Qatar projects, (Escravos GTL) was completed on time at $1.8 billon but that of Nigeria which they charged at $10.5 took a longer time.

In their explanation, Chevron said the Nigeria EGTL was initially awarded at $2.9 billon but later reviewed to $10.5 billon to its sub contractors, adding that the initial completion date was supposed to be in 2009, but it was extended to 2014.

The lawmakers said: “For Chevron on its own to review a project from around $2.9 billon to $10.5 billon to its sub-contractors and expect Nigeria government to pay it in the name of Joint Venture with NNPC is a clear sign of shady deal and sharp practices in the oil and gas industry.

“Chevron is a USA-based company, but American government will never tolerate that kind of practice where a company in partnership with a government agency will unilaterally review cost of contract.”

The Committee is expected to interrogate officers of Total, Shell and other oil companies when they appear on Tuesday.