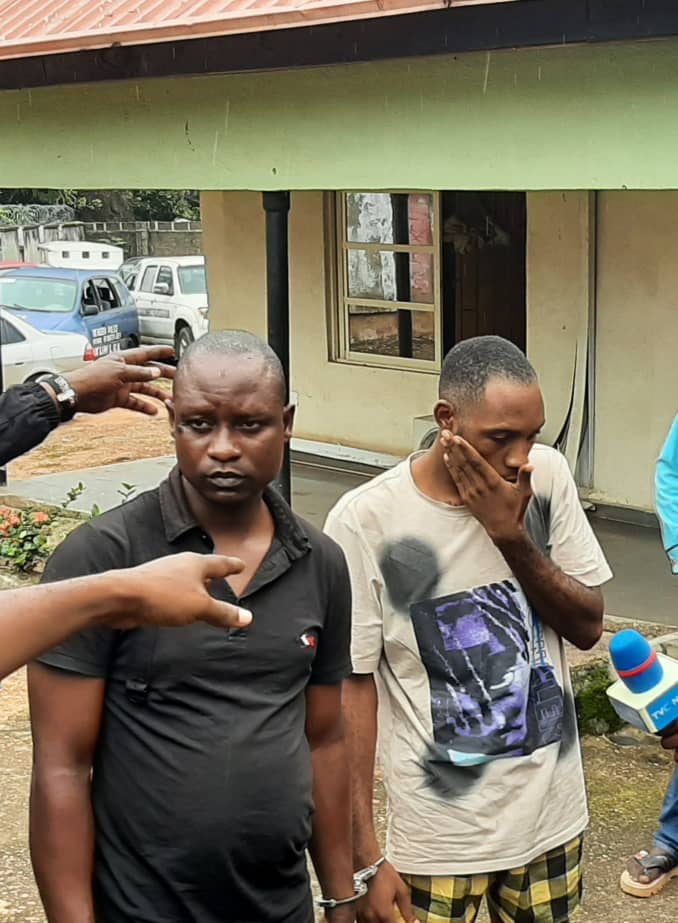 Two notorious members of a four-man kidnap syndicate has been arrested in Benue state.

Nigeria crime learned that “one of their victims was the wife of a former chairman of Vandeikya Local Government Area, LGA, Alhaji Ibrahim Anor. She was kidnapped by the gang including two others from who they collected ransom.”

The suspects were arrested during a special operation carried out by the Superintendent, SP, Justin Gberindye, and his men.

NigeriaCrime.com learned that Gberindye and his team also recovered a locally made gun and machete used by suspects in their operations.

Parading the suspects at the office of the Special Adviser to the Governor on Security, the State Police Commissioner, CP Wale Abass explained that the suspects were arrested after being trailed for over a while.

“We arrested them on August 9, 2022, after trailing them. Recall that when I assumed office here as Commissioner, I warned criminals to leave the state because it would not be business as usual for them. And I am determined to ensure that people sleep with their two eyes closed. I also assured those who come to Benue to do legitimate businesses that they would not have any reason to be scared.

“So before now we had cases of criminality along North Bank and Wadata Area which had been rampant. But we have taken the fight to them. Fortunately, during the last operation, this gang had which was unsuccessful, while they were trying to escape they dropped one of their phones. That was what gave us the lead. With that, we were able to trace and pick them. It is a four-man gang, but the kingpin and another are on the run but we will get them. Before now they had done about four operations successfully and collected ransom.”

Speaking on the arrest, the Special Adviser to the Governor on Security, Lt. Col. Paul Hemba(retd) said that the gang which had its base/hideout in Makurdi “specialized in kidnapping women but our Special Crime Unit busted their activities.

“Meanwhile as the Benue state law on kidnapping provides we are moving to their hideout to pull down the building and hand same over to the state government as provided by the law.

Reacting, Alhaji Anor who commended Operation Zenda for tracking the suspects said “they kidnapped my wife last November and demanded N 25 million ransom; they kept her for nine days after which they took N 3 million from me after endless pleading.”