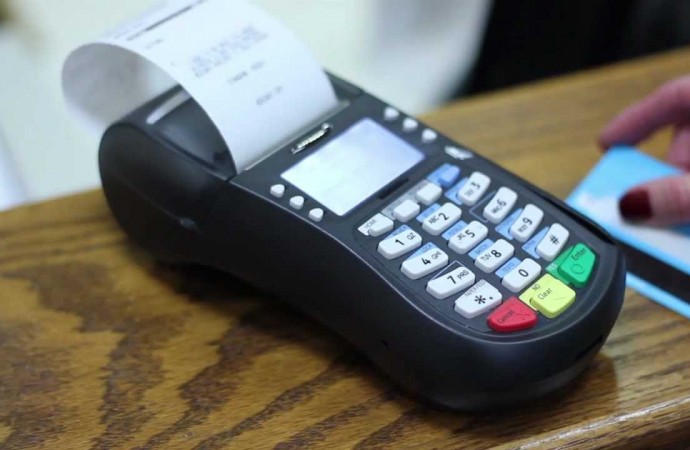 A POS operator, identified only as Mustapha, has been nabbed by the Zamfara State Command of the Nigeria Security and Civil Defence Corps, for allegedly helping bandits with financial transactions.

This was made known by the state commandant of the corps, Muhammad Muazu, who told newsmen that the suspect was apprehended in Birnin Tsaba Community in Zurmi LGA of the state.

Furthermore, the Commandant said operatives of the corps in the state recovered two POS machines from the suspect during a stop-and-search operation.

In his confessional statement, Mustapha told the police that the leader of the bandits bought the two POS machine for him to use solely for transacting illegal businesses with bandits he knows.

The commandant said “During interrogation, the suspect told us that they put calls to him from the forest and instruct him to collect money on their behalf and keep the money with him.

“Then if they want to buy some items such as drugs, fuel and foodstuffs they send somebody directly to him to collect the money to buy whatever they want for them. Or sometimes they instruct the POS operator himself to use the money available to buy whatever they want. The transactions are usually shrouded in secrecy and are done with only known persons as confessed by Mustapha.

“This tells you that this person is particularly hired or sponsored to be doing the POS transactions for them.

Speaking further, Muazu revealed that the bandits threatened to kill some abducted victims in their custody after learning of the arrest of their POS operator, adding that the village head and two party chairmen were among those listed to be killed.

“When the bandits got the information about the arrest of the suspect (their agent) and seizure of the POS machines, they threatened to kill three persons they had abducted from the community earlier if the POS machines are not released to them or if in particular, the suspect is not freed.

“The people they threatened to kill are the village head of Birnin Tsaba and two party chairmen. The suspect had been operating two POS machines and we have asked banks to close the suspect’s accounts.”

Muazu also disclosed that the corps is mounting pressure on the state government “to temporarily suspend the operations of the POS, especially in rural communities.