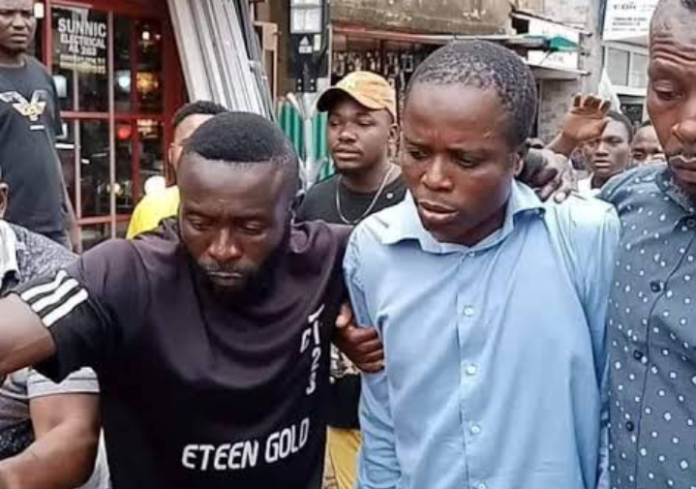 A yet-to-be-identified man who was purportedly identified as a cleric who attended the unveiling of Kashim Shettima, vice-presidential candidate of the All Progressives Congress (APC), was attacked by a mob in a market in Abuja.

At the weekend, a now-viral video appeared on social media showing how a man, whose facial appearance appeared to resemble one of the clerics who attended Shetttima’s unveiling, was being manhandled by a mob in a market.

The vivid verification if the man spotted in the video is one of the clerics who attended the APC event is yet to be ascertained.

In the video, the man was seen protected and escorted by some men suspected to be security operatives amid a crowd of angry people who were directing insults at him.

In the video, some people were heard chanting, “fake bishop, Tinubu bishop, see one of the bishops Tinubu used”.

According to reports, the man came to Dei-Dei market, a popular market in a suburb of Abuja, to buy materials for plumbing works before he was attacked by the mob.

The incident has sparked outrage on social media.