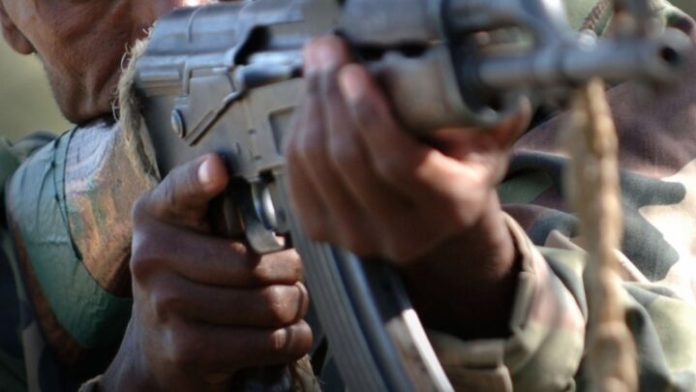 An officer of the Nigeria Immigration Service (NIS) have been killed and two others injured by gunmen in Jigawa state.

Ismail Abba, the state comptroller, confirmed the development on Wednesday at a media briefing in Dutse, the Jigawa capital.

According to Abba, the gunmen overpowered the officers, following an attack on the NIS patrol base in Birniwa-Galadi axis on Tuesday night.

Immediately, on arrival, they opened fire on the immigration staff on patrol, which resulted in the death of one of the staff named Abdullahi Mohammed (CIA), and another two of the team members sustained serious bullet wounds. They are Abba Musa Kiyawa (DSI) and Zubairu Garba (AII).

READ ALSO:12-year-old ‘accidentally’ shoots mom in the US

“As a result of heavy exchange of fire, the bandits fled into the bush and abandoned their motorcycles and handset (Tecno T5 mobile phone).

I must commend the officers for their gallantry in repelling the attackers, that made them to take to their heels and abandon their motorcycles and phone.

“This shows that the NIS is willing and ever ready to defend the nation and will not relent in the fight against crimes in the state.”

He added that the suspects are believed to have come from Niger Republic.

“It is just a two-kilometre distance between the scene of the incident and a village in Niger,” he said.

“Also, from the time we recovered the bandits’ abandoned phone, we received about 10 calls, most of which are Niger numbers.”

He, however, urged residents of the state not to relent in providing prompt and vital information about suspicious persons in their communities.