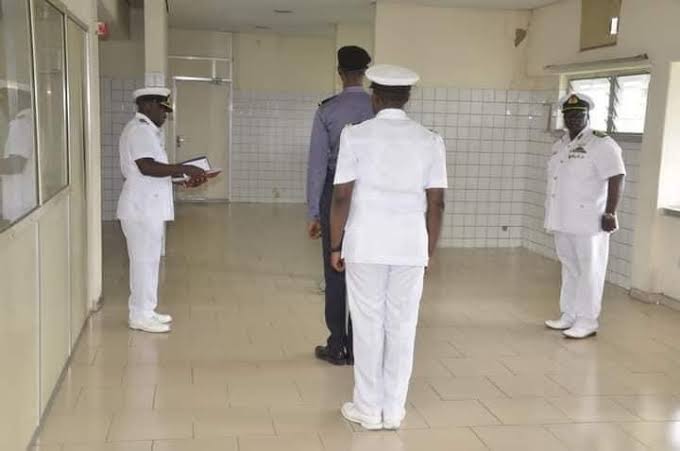 A sub-Lieutenant is equivalent in the Nigerian Army.

Ukpawanne was dismissed after he was made to face a naval court martial on a four-count charge.

He was found guilty on all the charges, including disobedience to standing order, attempting to commit sodomy and disgraceful conduct and wrong use of drugs.

Ukpawanne is to serve his sentence of imprisonment concurrently.

The dismissed officer is currently awaiting medical clearance from the Naval Medical Centre before he will be handed over to the Nigerian Correctional Centre in Sapele, Delta State for commencement of imprisonment term.

According to the SITREP, the charges against the officer include the following:

a. Disobedience to Standing Order – punishable under section 57 of the AFA CAP A20 LFN 2004.