HomeMurderMan hacks lover to death over iPhone in Delta
Murder

Man hacks lover to death over iPhone in Delta 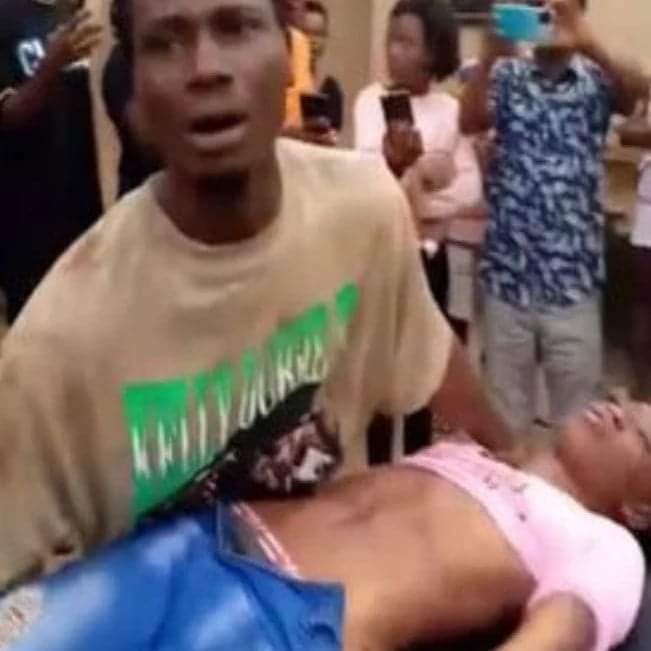 The Delta State Police Command has arrested a 23-year-old man  Godspower Adegheji, for allegedly hacking his lover Gift Oloku, to death with a machete.

Adegheji attacked Gift, a 22-year-old undergraduate of the Delta State Polytechnic, Ozoro, with a machete after she mistakenly broke his iPhone 11 Promax.

Nigeriacrime.com gathered the lovebirds had a misunderstanding on Saturday night when Adegheji accused gift of infidelity after she went out without informing him. The misunderstanding quickly degenerated into a brawl leading to her death.

On realising his actions on Sunday morning Adegheji rushed the victim to the State General Hospital where the victim was confirmed dead.

“The young man beat his girlfriend to death with a machete. People believe Adegheji was high on drugs.

Explaining further Adegheji’s neighbour said, Gift was a student of the school, but Adegheji is not. Maybe he has graduated. He must have been on drugs the night It happened because the next morning when he regained himself, he rushed the girl to the hospital.”

According to Edafe, the suspect killed the Gift after she mistakenly broke his iPhone while they were fighting.

“This is Godspower Adegheji of  Etevie quarters Ozoro, age 23 years, he killed his girlfriend Gift Oloku aged 22 years in Ozoro using a machete after she mistakenly broke his iPhone 11pro max while they were fighting because she went out without telling him. He has been arrested and investigation is ongoing” the spokesperson stated.