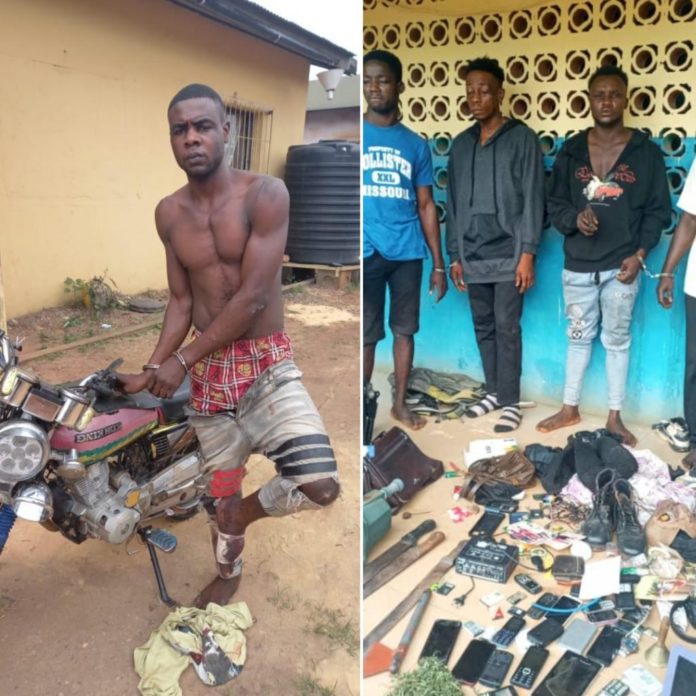 The Anambra State Police Command says its operatives have arrested the leader of a robbery gang while his members escaped.

They were known to rob along Ufuma – Oko – Uga- Amaokpala road in Orumba North and Aguata Local Government Areas of the state.

Ikenga revealed that the group leader confessed that it was his gang which recently robbed a hotel in Ndikelionwu, where a female staff was raped.

“The criminal gang on sighting the police vehicle opened fire on the operatives, who responded swiftly, engaging the armed robbers in a gun battle. While other gang members fled the scene, Okechukwu was arrested.

“Preliminary investigations show that the gang were responsible for over 25 armed robberies, kidnapping, car-snatching incidents that have happened along Oko Ufuma, Uga, Amaokpala expressway, among others.

“The most recent according to the confessional statement of the suspect (Okechukwu) is an attack in a hotel on 13/8/2022 at Ndikelionwu, where a female staff was raped and the gang also made away with three television and other items. Efforts are ongoing to arrest other fleeing gang members.”

Ikenga also stated that four other suspected criminals have been arrested in a separate incident.

“We recovered one Berreta pistol, three motorcycles, one axe, three machetes, one police belt, one Sumec generator, thirteen different brands of phones and other incriminating items.