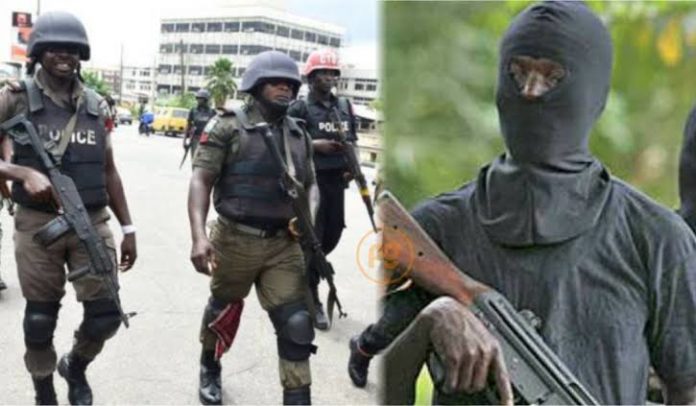 The Edo State Police Command said it rescued a kidnapped woman and killed a suspect in Uzala Forest, Egba Community, in the Benin area of the state.

Jennifer Iwegbu,  deputy police public relations Officer, in a statement on Tuesday, said the rescue operation was successful due to vital information given to the police by the victim’s husband, Aisosa Moses.

She said, “The Edo State Police Command in its continuous fight against heinous crimes especially kidnapping, on August 22, 2022, rescued a kidnapped victim.

“This feat was achieved following a complaint by one Mr Aisosa Moses of Ayaen Community, Edo State. He stated that while returning home with his wife and daughter, two hoodlums suspected to be kidnappers ambushed them at the entrance of their house and whisked away his wife into the bush.

Operatives of the command immediately mobilised and embarked on intensive bush combing for possible arrest of the kidnappers and rescue operation.

“The operatives trailed the kidnappers to their hide-out at Uzala Forest where the suspects, on sighting the team of operatives, attempted to escape through the bush, but the battle-ready and vigilant operatives, neutralised one while the other escaped with gunshot injuries, abandoning the victim who was rescued unhurt.”

Iwegbu said the state Commissioner of Police, Abutu Yaro, urged residents to go about their daily businesses and appealed to them to continue to collaborate with the command to rid criminals and their cohorts in the state.