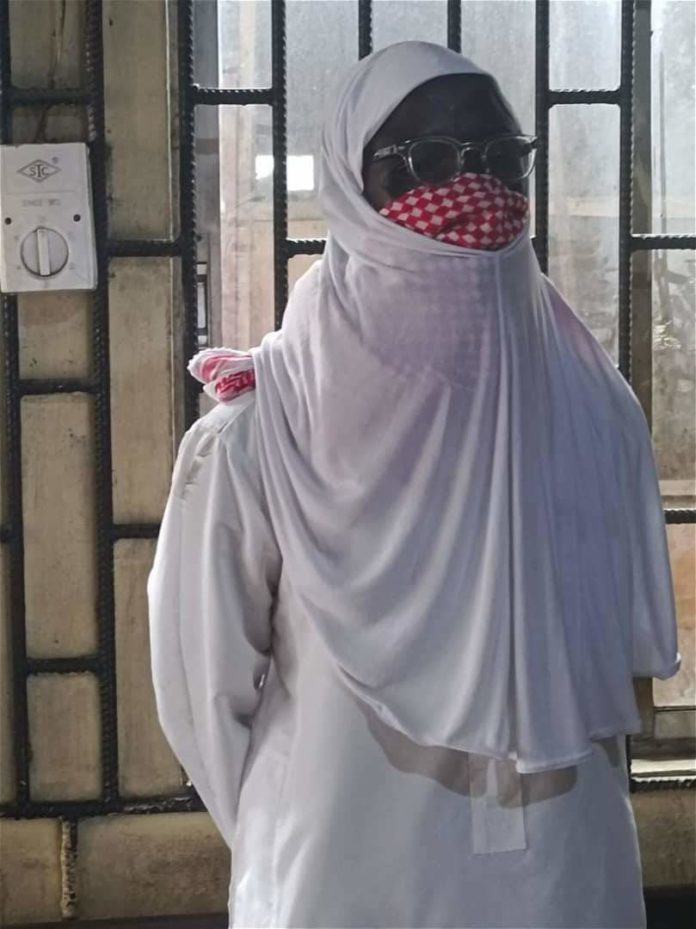 A 29-year-old suspected terrorist on Monday narrowly escaped being lynched by a mob on Monday in Ijora Badia area of Lagos.

NigeriaCrime.com learned that the suspect identified as Sanni Gafar, who disguised as a woman claimed that he is an electrician.

Sanni Gafar was found in possession of a bag containing three hammers, six screwdrivers, one pair of pliers, one chisel, five spanners, three rolls of black cellophane, cable wires, a 20 mm bending spring, a pair of black trousers, and a plastic box of clips at Ijora Badia when the mob descended heavily on him.

But for the timely intervention of the police who arrived at the scene time, he would have been lynched.

Confirming the incident, the Spokesperson of Lagos State Police command SP Benjamin Hundeyin said preliminary investigation shows that the male suspect, who many alleged disguised as a woman, is Sanni Gafar.

Explaining further, Hundeyin said Gafar was found with a bag containing three hammers, six screwdrivers, one pair of pliers, one chisel, five spanners, three rolls of black cellophane, cable wires, and a 20mm bending spring, a pair of black trousers, and a plastic box of clips.”

“Investigation is ongoing to ascertain his claim that he is an electrician,” he added.

While commending residents of Lagos for their vigilance, the Commissioner of Police, Abiodun Alabi, warned against any form of jungle justice. All suspicious persons or movements are to be reported to security agencies.”

Recall that a grandmother and three adults were almost killed by a mob two weeks ago on Eko Bridge, Lagos Island, after they were Lagos, over allegations of kidnapping 12 children whose ages were between seven months and 12 years.

Curious Lagosians stopped the vehicle conveying the adults and children and requested to know their destination. A mob that gathered, descended on the four adults when some people raised the alarm that the adults were kidnappers.

They, however, explained that the children were theirs. They also stated that they were returning from a beach where they had gone to perform some sacrifices.