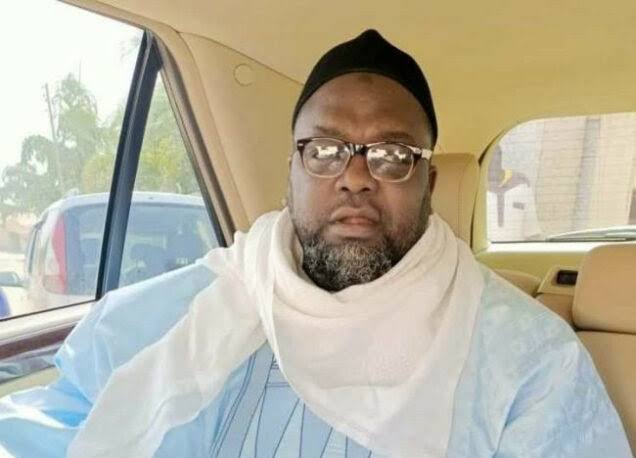 The Department of State Services (DSS) raided the house of Tukur Mamu, publisher of Desert Herald and found several controversial items such as military outfits, guns and different cash currencies.

On Friday, the family of Mamu said the military items that were found in his house belonged to his nephew, who is in the armed forces.

The publisher who is an aide to Ahmad Gumi, a popular Islamic cleric,  has been involved in negotiations for the release of train passengers abducted in Kaduna in March 2022.

Responding to the DSS, the family, in a statement published on Desert Herald, said the military accoutrements belong to Mamu’s nephew who passed out from the Nigerian Defence Academy (NDA) in 2019.

On the discovery of foreign currencies, the family said the money found in the publisher’s house is something that he can keep based on “his position”.

“The public may wish to know that the military accoutrements found in the home of the publisher belong to his nephew who passed out from Nigerian Defence Academy on 5th October 2019,” the family said.

“Tukur Mamu, who played the role of a father, was responsible for the upkeep and school expenses of the nephew till he enrolled in the Nigerian Navy.

“Again, in its desperation to smear the name of Mamu, the DSS said it has found a huge amount of hard currency without stating how much it found.

“It is incumbent for the general public to know that the total amount of the hard currency found in Mamu’s house is something that someone in his position can keep, yet the DSS is trying to make the situation look bad by saying a huge haul of hard currency was found in his house.

“At this point, it is pertinent to ask when does it become a crime for someone within his income limit to have foreign currency in his house? Or is it a crime for one to have a member of his family in the Nigerian Armed Forces?

“This distortion of information and media trial against Mamu is a pointer to the desperation of the DSS to rope the man at all cost for the sacrifices he is making to ensure an end to the raging insecurity in the land.”

On Tuesday, Mamu was arrested in Egypt and was detained on his way to Saudi Arabia for lesser hajj. He was arrested at the Kano international airport after he returned from Egypt.